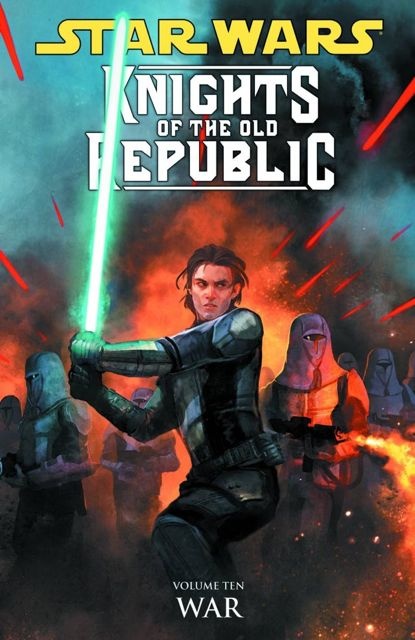 The Republic and the Mandalorians are at war, and some of the Jedi are joining the fight! One Jedi, peace-loving Zayne Carrick, has found himself on the front lines against his wishes-he's been drafted... And when Zayne is captured by the Mandalorians while storming beaches with his fellow Republic troops, he suddenly is forced not only to fight, but to fight alongside the enemy! Collects Star Wars: Knights of the Old Republic-War #1-#5.