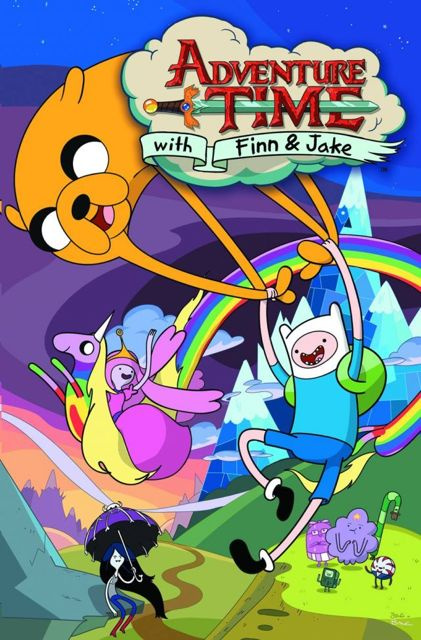 It's Adventure Time! Join Finn the Human, Jake the Dog, and Princess Bubblegum for all-new adventures through The Land of Ooo. The top-rated Cartoon Network show now has its own comic book! With the show exploding in the ratings, garnering rave online reviews, major cosplay at the San Diego Comic-Con, and huge displays dominating the New York Comic Con, its clear fandom is obsessed, and 2012 is the Year of Adventure Time! Don't miss out on this new phenomenon!