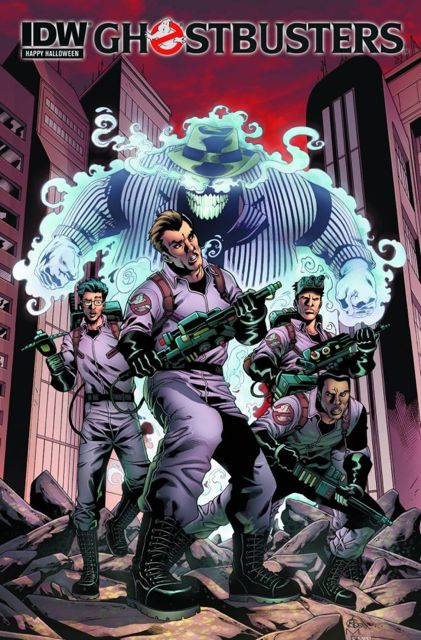 A long-dead gangster is terrorizing Times Square, wreaking horrific havoc on a building that once housed a spirited speakeasy. But the place is now a toy store, and when the ghostly gangster starts shooting ectoplasmic bullets at terrified patrons, the Ghosbusters -- Egon, Ray, Peter and Winston -- are called in to nab the speakeasy spook! Ghostbusters: Time Scare! serves as a hauntingly hilarious gateway into IDW's smash-hit line of Ghostbusters comics!