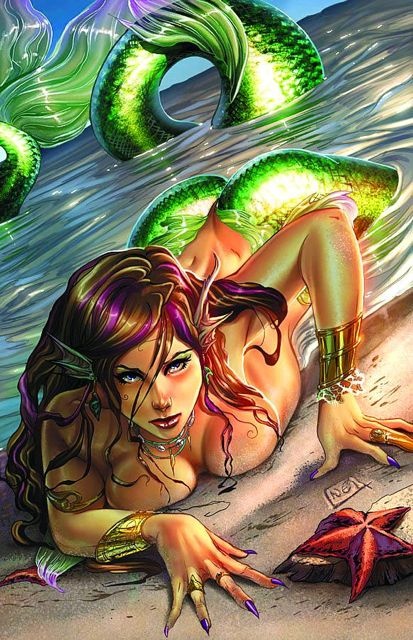 The brand new LITTLE MERMAID story-arc continues here! Erica's secret is revealed as she attempts to flee her own mysterious past. But little does she know that another major player has entered the game and has her sights set on claiming Erica's own incredible power for her own... Someone who goes by the name of Ursula. Make sure to pick up the hottest new Grimm Fairy Tales series from Zenescope Entertainment!