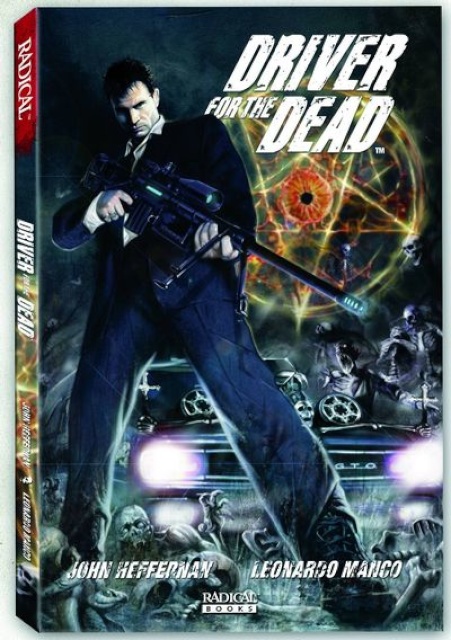 Driver for the Dead Vol. 1

Alabaster Graves is a driver for the dead. As a twenty-year veteran of funeral homes, mortuaries, and coroners' offices across the Deep South, he has chauffeured hundreds of bodies to their final resting places, although the trip isn't always so restful. Graves is a 'specialty driver', one who's called in for the more unusual assignments that come down the pike, and if unusual equals dangerous, well, that's just a job that pays more. Matter of fact, that's just what Alabaster is about to get when the assignment to transport the body of renowned voodoo priest, Mose Freeman, drops in his lap. With Freeman's sultry granddaughter riding shotgun, Alabaster must cover the distance from Shreveport to New Orleans to retrieve the remains. What he doesn't know is that he's being pursued by a resurrectionist named Fallow - a necromancer who gets his power from stealing body parts... and for whom the corpse of Mose Freeman would be the ultimate prize. This new deluxe trade paperback collects the full miniseries from John Heffernan and Leonardo Manco. Extras include an in-depth interview with writer Heffernan, never-before-seen production renderings and a gallery of artwork.