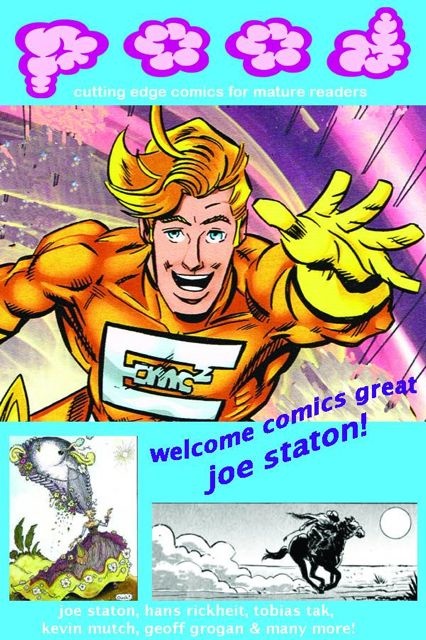 Legendary artist Joe Staton of Green Lantern and Dick Tracy joins the pood crew in issue #4! pood, the big alternative comics newspaper, is back with a spicy melange of mainstream and alternative comics in issue #4! Featuring the brightest talents in the comics world in a big, colorful broadsheet newspaper right out of the Golden Age of Sunday Comics, every page is loaded with imaginative cartooning, rich story-telling and hilarious escapades!