When Gladys tells Jughead he looks like teen vampire heartthrob, Basil Loverton, he wants to know more about the new movie craze. Taking it as a compliment, he plays into it on his date with her the next night. Unfortunately, Gladys isn't the only one who thinks Jughead looks like her idol and a mob of fans swarm poor Juggie like wild animals. He manages to get away but must end his tortured romance before it even begins - just like a teen vampire! 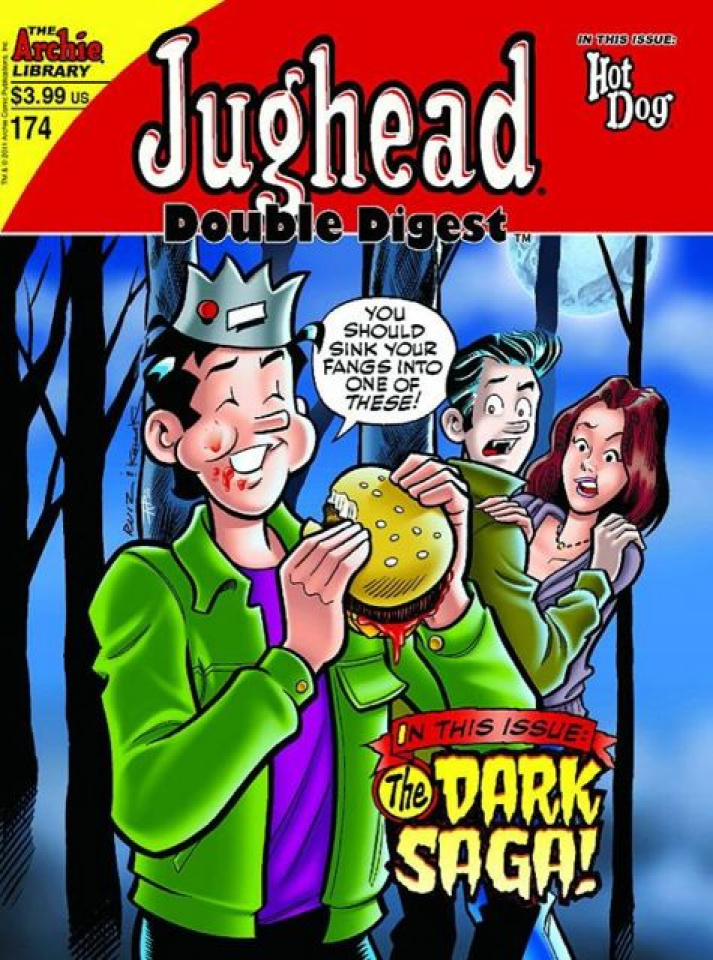