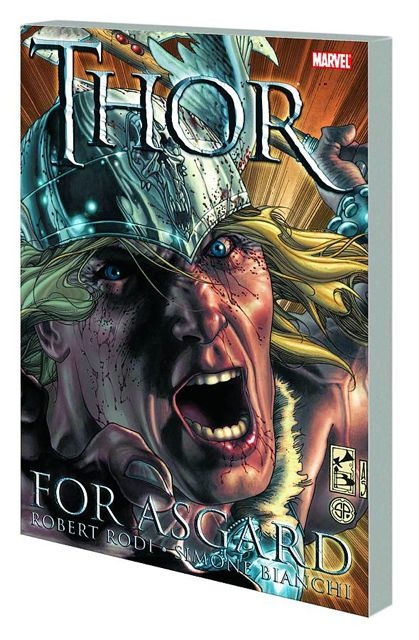 The Thunder God as you've never seen him before! Odin has left his kingdom of Asgard, putting Thor in charge of a crumbling empire. The Thunder God is faced with one trouble after another: rebelling Frost Giants, internal dissent from his fellow countrymen and a winter that has lasted for years. These trials have left Thor weary - unable, even, to lift his sacred hammer, Mjolnir. When a surprise attack damages Bifrost, the Rainbow Bridge, and injures its guardian, Heimdall, Thor realizes Asgard is not only being attacked from outside, but also from within. With his kingdom on the brink of collapse, can Thor uncover and defeat the forces that conspire against him, or is the inevitability of Ragnarok upon him? Collecting THOR: FOR ASGARD #1-6 and material from THOR SPOTLIGHT.