Thanos equals death! The dangerous cosmic fissure known as the Fault has ripped open a portal to the Marvel Universe, spilling out the demented forces of a horrific mirror universe where there is no death and life prevails unchecked - the Cancerverse! From this dark realm, the evil Lord Mar-Vell - a twisted version of the legendary Captain Marvel - leads his army to claim our universe for their own! Nova, the Silver Surfer, Quasar, Gladiator and more of the greatest cosmic champions of the Marvel Universe rise to stop them - but when even they cannot halt the forces of the Cancerverse, the fate of the universe lies in the hands of the cosmos' never-say-die underdogs, the Guardians of the Galaxy! Facing a threat like none other, Star-Lord and company cook up an all-or-nothing plan to bring their prisoner, the mad Titan called Thanos, into the Cancerverse to unleash hell! With everything on the line, the fate of the universe rests in the hands of one of Marvel's greatest villains! Collecting THE THANOS IMPERATIVE: IGNITION, #1-6 and DEVASTATION. 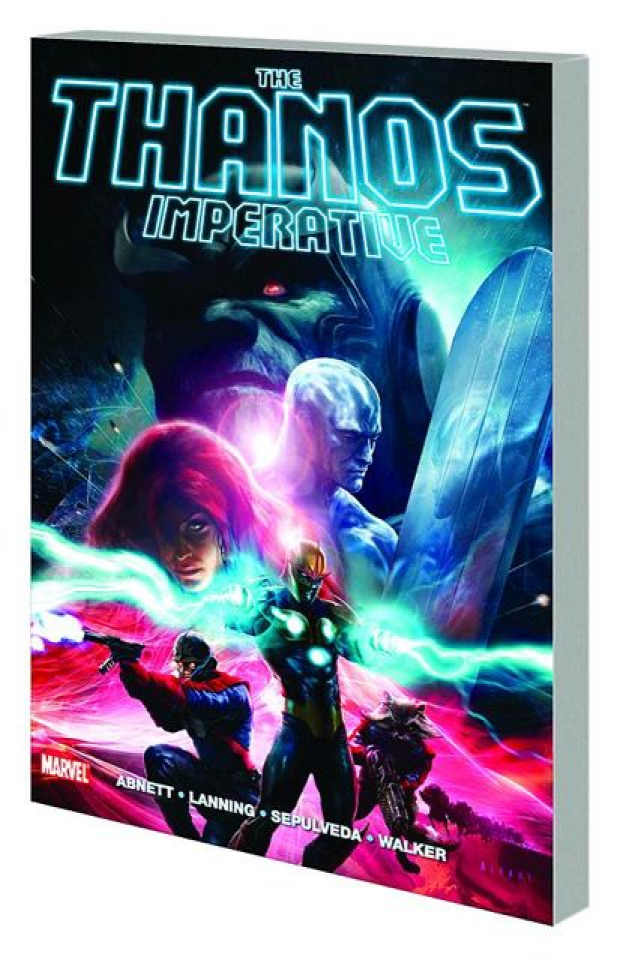