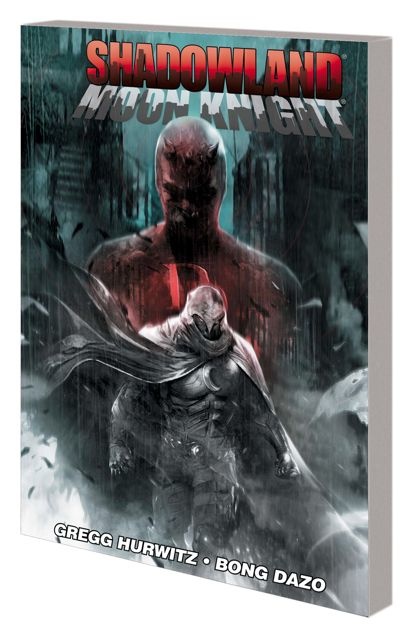 Who is the Shadow Knight? Daredevil, the former defender of Hell's Kitchen turned leader of the ninja death cult known as the Hand, summons the villainous Profile to take Moon Knight out of the picture for good. To complete his objective, the Profile enlists the aid of a mysterious figure - a second avatar of Khonshu, the Shadow Knight! Displeased with Moon Knight's new, less deadly methods, has Khonshu finally decided to replace Moon Knight to get the blood he requires? With the Shadow Knight hunting him, Moon Knight must cling to his sanity if he hopes to save Daredevil and himself from the darkness of Shadowland! Plus: the classic first meeting of Moon Knight and Daredevil! Collecting SHADOWLAND: MOON KNIGHT #1-3 and MOON KNIGHT (1980) #13.