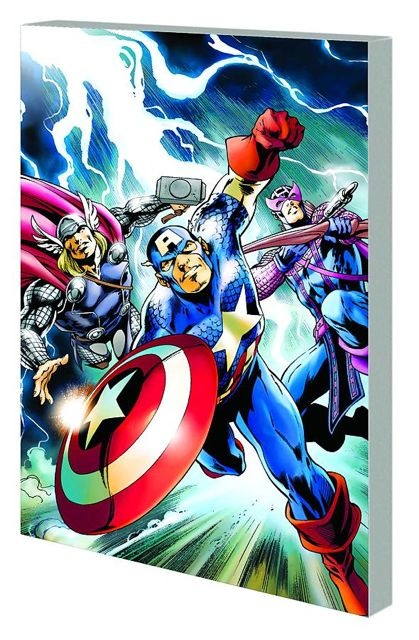 One action-packed digest featuring two of Marvel's most famous heroes. First, learn why Thor and Valkyrie must travel to Asgard with Nova, the Human Rocket. What is their dreadful mission, and will their combined might be enough to complete it? Next, the Thunder God teams up with Spider-Man to battle Krillk the Conqueror! Then, watch as Captain America conducts a routine investigation of stolen plutonium that quickly escalates into a battle against genetically modified cavemen! Finally, Spider-Man gets the thrill of a lifetime when he meets Cap and battles side-by-side with the living legend of World War II against the Grey Gargoyle and the nefarious schemes of AIM! Collecting SUPER HEROES (2010) #13-16.