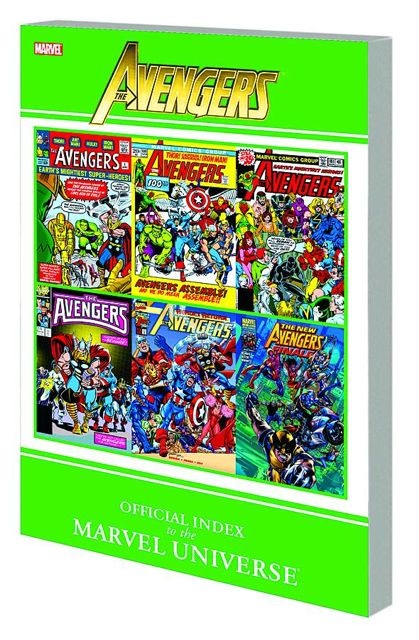 The Official Index to the Marvel Universe: The Avengers

Marvel brought together its greatest heroes in 1963 to form the world's premier super-team: the Avengers! Now, an account of their adventures through the intervening decades is assembled in a single volume for the first time. The OFFICIAL INDEX chronicles every issue of the first three volumes of AVENGERS, Brian Michael Bendis' acclaimed NEW AVENGERS and more - covering more than 600 issues with detailed synopses, character breakdowns and fascinating trivia. Collecting the Avengers chapters from AVENGERS, THOR & CAPTAIN AMERICA: THE OFFICIAL INDEX TO THE MARVEL UNIVERSE #1-15.