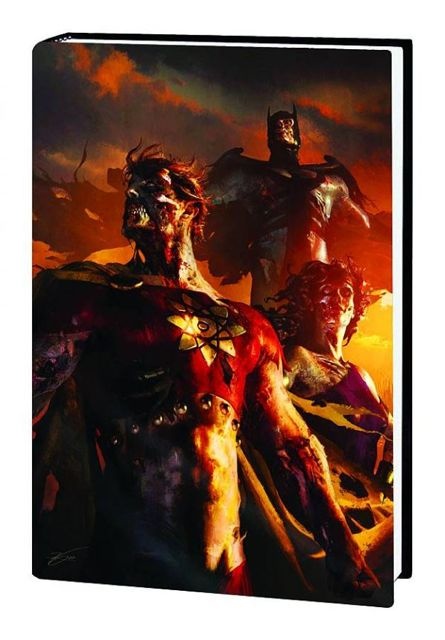 They were the Squadron Supreme, heroes exiled from another dimension to our own - but the twisted science of the Project: P.E.G.A.S.U.S. facility infected these defenders with a virulent zombie strain. Now, it's up to Jill Harper's desperate special-ops team to keep the plague contained within the facility - whatever the cost. But Harper discovers the Squadron wasn't the only unconscionable experiment being kept off the P.E.G.A.S.U.S. records, and her shocking find may be the key to saving the human race. Join Frank Marrafino (Haunted Tank) and Fernando Blanco (MARVEL ZOMBIES 5, THUNDERBOLTS) as the bodies and unpredictable resurrections climax in the most gore-soaked chapter of the Marvel Zombies saga yet! Collecting MARVEL ZOMBIES SUPREME #1-5.