It's wall-to-wall symbiotes as Venom and his twisted offspring Carnage take center stage! First, see Spidey's inaugural adventure with his newfound alien costume: It morphs, it makes its own webbing, it responds to his thoughts — but it's also alive! Then, it's not one but two father/son clashes, as the symbiote — now the "lethal protector" Venom — faces off against its murderous spawn, bonded to the insane Cletus Casady. Carnage wants to carve his name in blood across New York City — and Venom alone might not be enough to stop him! Spidey will never throw out his old clothes again — family feuds were never like this! Collecting AMAZING SPIDER-MAN (1963) #252 (from SPIDER-MAN: BIRTH OF VENOM TPB), SPIDER-MAN UNLIMITED (1993) #1 (from SPIDER-MAN: MAXIMUM CARNAGE TPB) and VENOM VS. CARNAGE #1 (from VENOM VS. CARNAGE TPB). 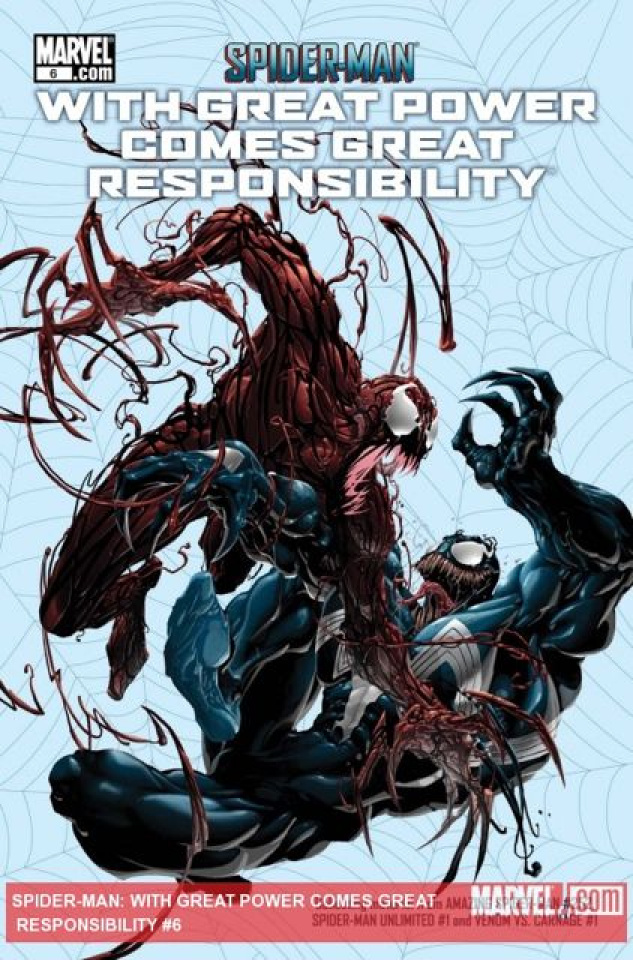