IDW's Library of American Comics is producing The Definitive Flash Gordon & Jungle Jim as part of the Ultimate Alex Raymond Collection. The Definitive Flash Gordon & Jungle Jim will present every Sunday by Raymond from both classic strips together for the first time, in the oversized 12' x 16' champagne edition format. The artist's post-war modernist detective series, Rip Kirby, is currently being collected. Eisner Award-winner Dean Mullaney is editing and designing the deluxe editions. 'Although Flash Gordon has been previously reprinted, this-finally-is the first meticulously remastered and restored edition that prints the strip in a large size and in Raymond's original format that includes the Jungle Jim topper. We believe this will be the definitive edition for the ages.' Created by Raymond in 1934, Flash Gordon is arguably the most famous science fiction comic strip of all time. It follows adventures of the title character and his companions-Dale Arden and Dr. Zarkov-as they leave Earth to discover the source of meteors that are threatening the planet, and gets waylaid on the planet Mongo, where they battle the evil Ming the Merciless. The three Earthlings encounter one strange race after another, from the water-breathing Shark-Men of the Undersea Kingdom, to the winged Hawkmen, to the ferocious Tusk-Men. All the while, Flash finds himself in the arms of one beautiful woman after another-much to Dale Arden's chagrin. Jungle Jim was created as a strip topper for Flash Gordon, and followed the life of Jim Bradley, who fought pirates, slave traders, and assorted villains in the exotic Southeast Asia of the 1930s. This neglected Raymond classic also features Jim's native cohort Kolu and femme fatale Lille DeVrille. 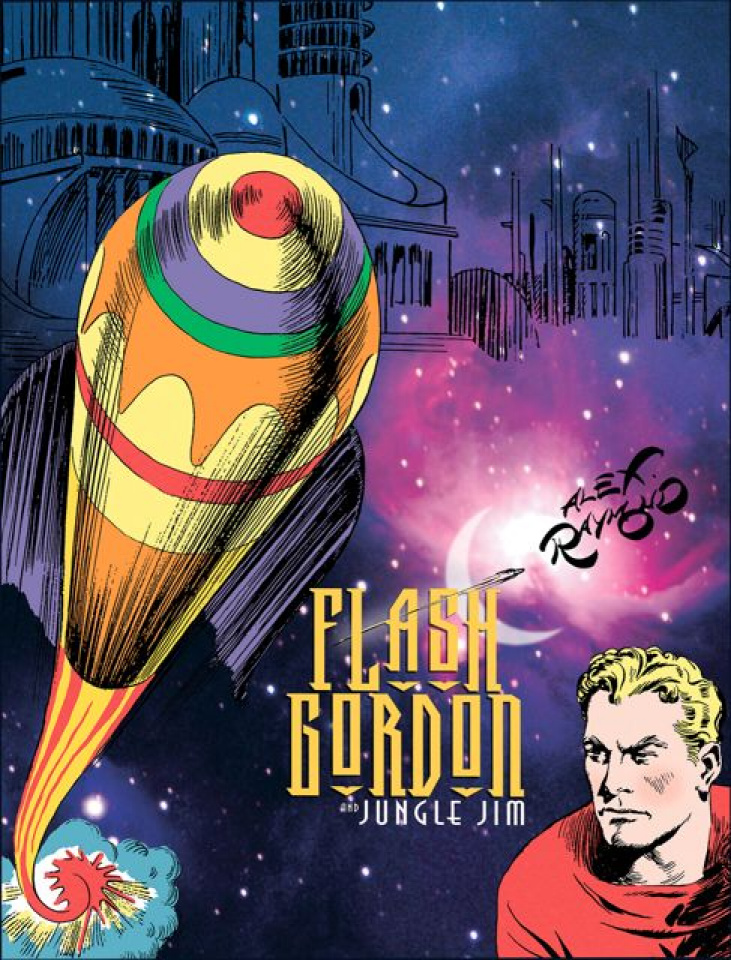