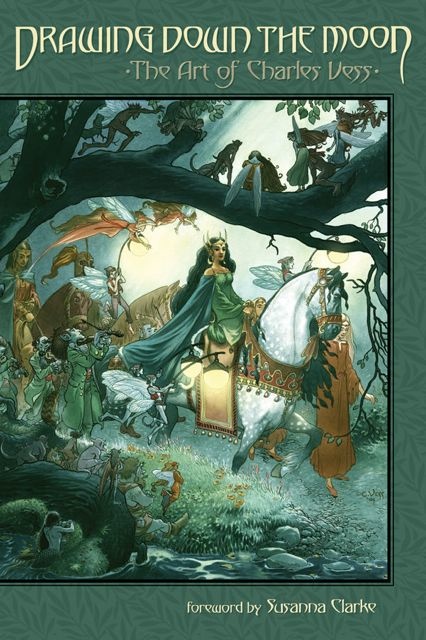 Drawing Down the Moon

The fantasy art of Charles Vess is acclaimed worldwide, his rich palette, striking compositions, and lavish detail second to none. Vess has created memorable works for such best-selling fantasy authors as Neil Gaiman, Susanna Clarke, Charles De Lint, and George R. R. Martin, as well as a who's-who list of publishers and clients. His art is both breathtakingly singular while recalling the golden age of illustration, when paint and brush were the vessels that carried readers to distant lands, bygone ages, and realms of the imagination. Foreword by Susanna Clarke, author of Jonathan Strange & Mr Norrell.