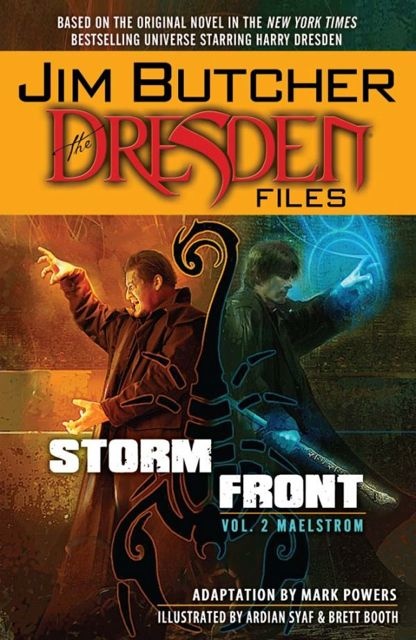 Harry Dresden is a wizard, the only one in the Chicago phone book. He uses his arcane powers to investigate the supernatural, often assisting the Special Investigations Unit of the Chicago P.D. with cases that are beyond their comprehension. But Harry must use his powers carefully. Because of a dark incident in his past, he is kept under close watch by the ruling body of wizards known as the White Council. Any violation of the Seven Laws of Magic will cost him dearly - perhaps even his life! Now Harry's latest investigation has pushed him to the precipice. He's up against mysterious murders by magic that some believe only he could have committed, and a gangland boss who wants Harry to stay out of the way. From all fronts, storm clouds are gathering around a beleaguered Harry Dresden. Maelstrom concludes the adaptation of Storm Front, the first book in Jim Butcher's New York Times bestselling series, The Dresden Files.