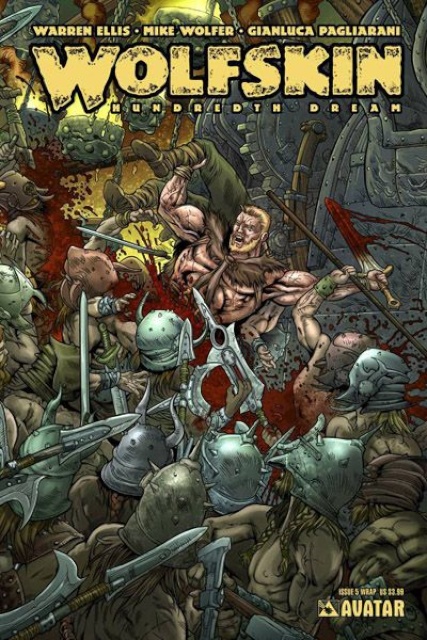 Before history was recorded in stone and ink, some men wrote it in blood! Deep within the heart of the smoldering volcano city of Isvellir, Wolfskin and his band of adventurers have brought their epic battle of might versus machinery to its source. Paralyzed by the very presence of the magic-killing machines of progress, surrounded by hordes of attackers and faced with certain death, Wolfskin has but one chance for survival- Communion with his god, Wrod through the ingestion of hallucinogenic, black cap mushrooms. But will anyone, including his allies, survive the monumental blood-lust, the unstoppable killing rage within him which will result? This all-new, full-color six issue series is available with several historic covers.