RETURN TO THE DEEP WITH MICHAEL TURNER'S FATHOM! The past comes crashing into the present in this exciting all-new Aspen mini-series, FATHOM: BLUE DESCENT! Abseloma learns firsthand the deadly price of what it will take to save his wife, Aspen Matthew's mother Eilah, from the clutches of Rahger, the powerful leader of The Black. As Loma, Zo, Cannon and the rescue team descend into the dark and murky native homeland of the mythical race far below the surface, they encounter far more than they bargained for, and the group's return back is now a matter of survival--rather than a choice. With FATHOM's return at hand, some new creators and several familiar names are coming along for the ride! Taking charge of the writing chores is David Schwartz, known for his critically acclaimed Image Comics title Meltdown. Art duties for all of Aspen's curvaceous lines and intricate environments will be handled by Alex Sanchez of Spiderman Unlimited and JSA Classified fame. Together, this dynamic duo is looking forward to putting their stamp on FATHOM: BLUE DESCENT as never before! Over a decade's worth of answers spill out onto the pages of this exciting, all new FATHOM: BLUE DESCENT mini-series! 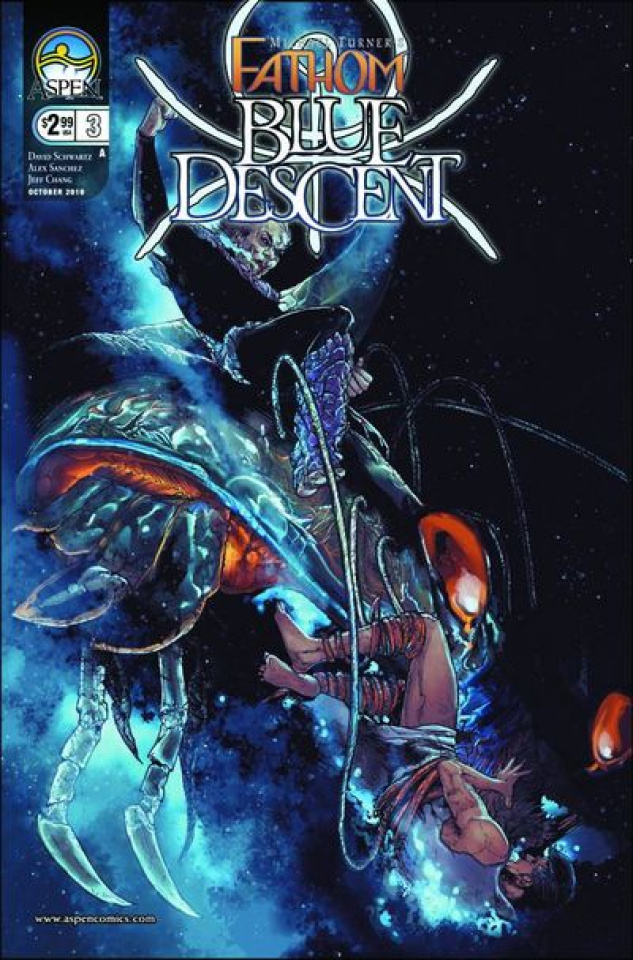