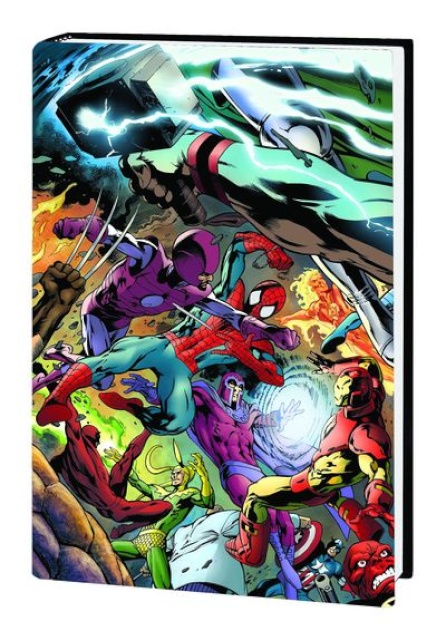 Two dozen of Marvel's top talents set more than 40 super heroes against at least as many super villains in the premier crossover event of the 1990s! Plus: the debut of the New Warriors! The destruction of Avengers Island! Spider-Man's cosmic power and the madness of the Scarlet Witch! A three-headed monster, a three-faced robot, a trip through the worlds of What If? and more! Special guest-appearance by Abraham Lincoln!