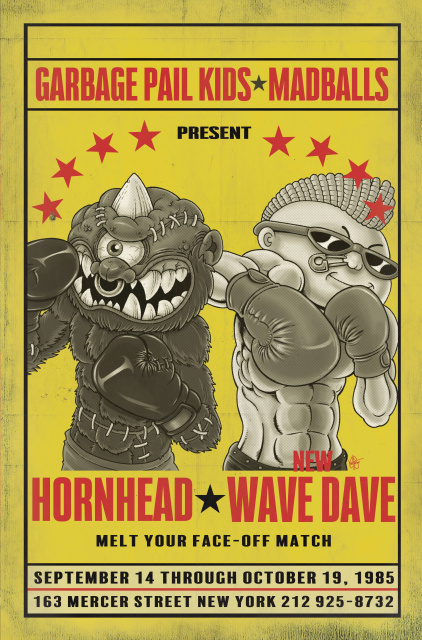 Just when you thought it was safe to go back into the comic shop... For over three decades, Madballs and GPK have both been known as the "grossest of the gross", co-ruling counterculture with their pun-heavy names and subversive humor. This all-new limited series event features the first time these two delightfully crude forces have ever met! Your freaky favorites, the Madballs and Garbage Pail Kids, are at it again.

But this time, the chaos can't be confined to a single neighborhood as we trace the entire history of Madballs-GPK feud - bursting (and oozing) out across the ages! In this issue: Arrrh, mateys!

Weigh anchor for horrible hijinks on the high seas as the Madballs set sail for a pirate adventure with Skullface on their flag and...well, never mind what's on the poop deck.

Plus: Italy in the 16th Century: The Sistine Chapel needs a paint job...and the GPK and Madballs both want the gig!