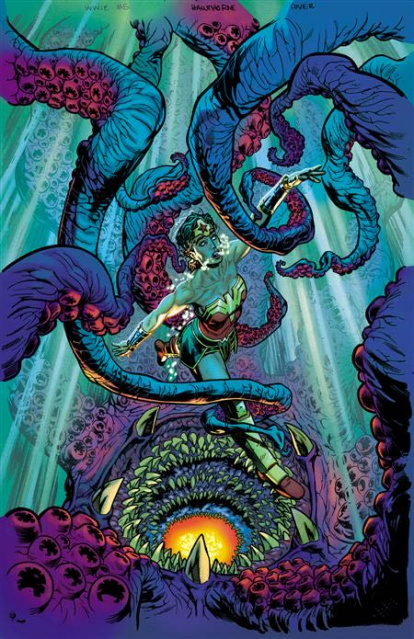 The trial to determine the fate of humanity barrels toward a verdict as Wonder Woman is brought to Themyscira to face the wrath of the Amazons. After her battle with the Justice League, Diana is confronted with an angry sea monster, courtesy of Poseidon. But when Diana turns the tables on her Amazonian sisters and tries to escape the island, she's faced with someone from her past who brings difficult news that makes Diana question her own reality!