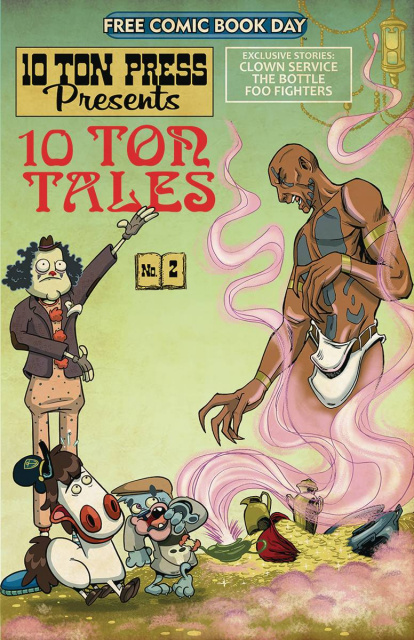 First up is the modern-day Gumby and Pokey featuring "Charlie and Humphrey"! The duo are crazy busy at the Bits and Pieces thrift shop. Needing to hire some help immediately - enter Gonzo the service clown! Will things ever be the same for retail service! Next up. What is the world has been ruled by a genie that had been let free from his bottle? Find out as a young man and his friends go on a journey to seal the Genie back into its bottle and restore the world back to normal. Last up. Before there was the Foo Fighters Dave Grohl was the drummer in the worlds biggest band. After Kurt Cobain committed suicide, it left a void in his life. Slowly getting his footing again Grohl sets out to form his own future super group. This Rock and Roll Biographies is an all new story that ties into the upcoming "Foo Fighters" issue.