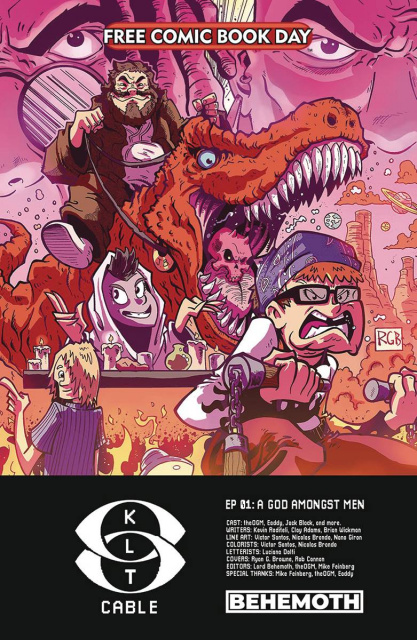 Featuring a guest appearance from the man, the myth, the legend - Jack Black!

Kult Cable is a series of comedic sketches created by Jean Lebrun, AKA 1/2 of hip-hop group Ho99o9. All characters are fictional, all scenarios are satire. It is based on modern life, which is intrinsically offensive. Guest stars abound as this issue brings in the legend himself, Jack Black!