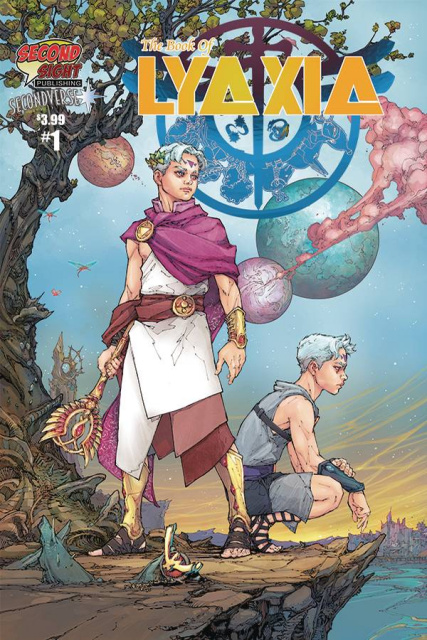 Welcome to the world of Nexus. World of gods from different mythologies! Greek, Egyptian, Norse, Roman gods living together! Join Chronos Deimos and Chronos two twin royal brothers, while they try to find where they belong on this realm! What their destiny is! In the first issue a coup in capital of the gods (Titaan) a coup against twins is underway and a mysterious figure comes onto the scene that is attempting to guide one of the twins toward his destiny!