Millennia ago you knew him as the Punisher. Then Frank Castle made a deal with the devil to become the Ghost Rider. An alliance with Galactus made him cosmic. And a dark bargain with Thanos made him...dead?! Now Cosmic Ghost Rider has a time-travel plan for vengeance on his former master. But can even Frank kill...baby Thanos?! Cosmic Ghost Rider wreaks havoc in Marvel's past, allies with the Guardians of the Galaxy and takes on the Avengers alongside Johnny Blaze! But when Frank's only friend is endangered, it's time to take revenge! 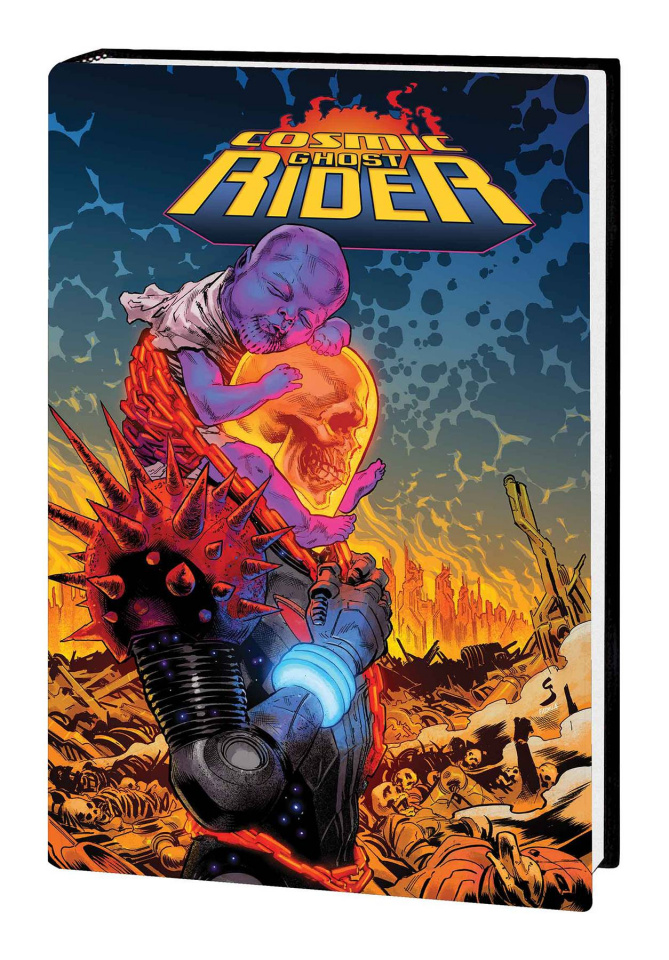