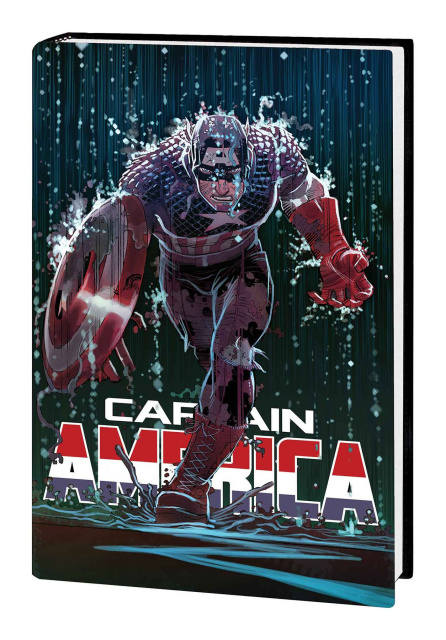 Rick Remender's shocking CAPTAIN AMERICA saga! Thanks to Arnim Zola, Cap is trapped in the nightmarish Dimension Z! With no country and no allies, what's left for Steve Rogers to fight for? Then, Cap faces the fury of Nuke and the machinations of the Iron Nail! But when Steve loses his powers, it's time to pass the shield - and the Falcon becomes the all-new Captain America! With a new Nomad by his side, Sam Wilson has his hands full with Hydra and the deadliest enemies in Steve's rogues' gallery! Plus: The Scarecrow brings the fear! The Winter Soldier goes on a thrilling Cold War mission! And on Battleworld, will Nomad hail Hydra?