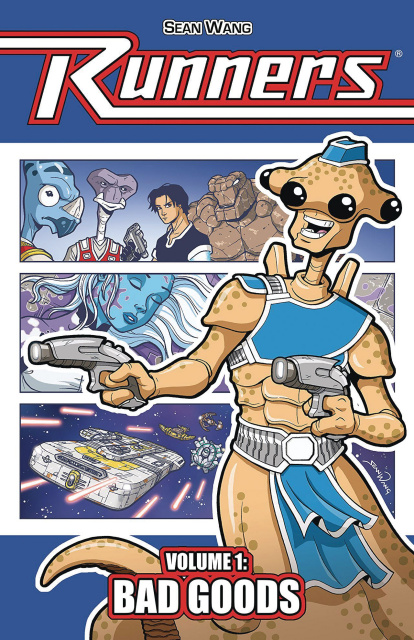 The fan favorite space adventure series returns... in color! It's just another day in the life of reluctant smuggler Roka Nostaco and his ragtag alien crew as they struggle to complete a particularly dangerous run for the mob. Their adventure takes them from shootouts with pirates to ship-to-ship dogfights with ruthless bounty hunters, culminating in an all-out, three-way ship, cycle, and foot chase through the streets of an alien space station. All the while, they also have to contend with a vengeful mercenary, a ghost from the past, and a mysterious alien girl lying unconscious on their cargo bay floor!