The first story arc in the horrifying new tale of the immortal Count Dracula comes to a shattering conclusion in Part 1 of the two-part finale! In his remote, Philippine Islands kingdom, Dracula's carefully-constructed world begins to crash down around him as his island sanctuary is invaded by an army of savage, feral vampire creatures who seek to destroy him. But even with his monstrous, vampire gorilla bodyguards at his side and the assistance of a desperate Van Hauser and Kandy Brick, can the eternal, vampire king withstand the onslaught of the rampaging, bloodthirsty beasts who seek his destruction? The Eternal Thirst of Dracula Book 3 #1 comes with two cover editions - Main by Marco Perugini and racy Brides Nude by author, Mike Wolfer. 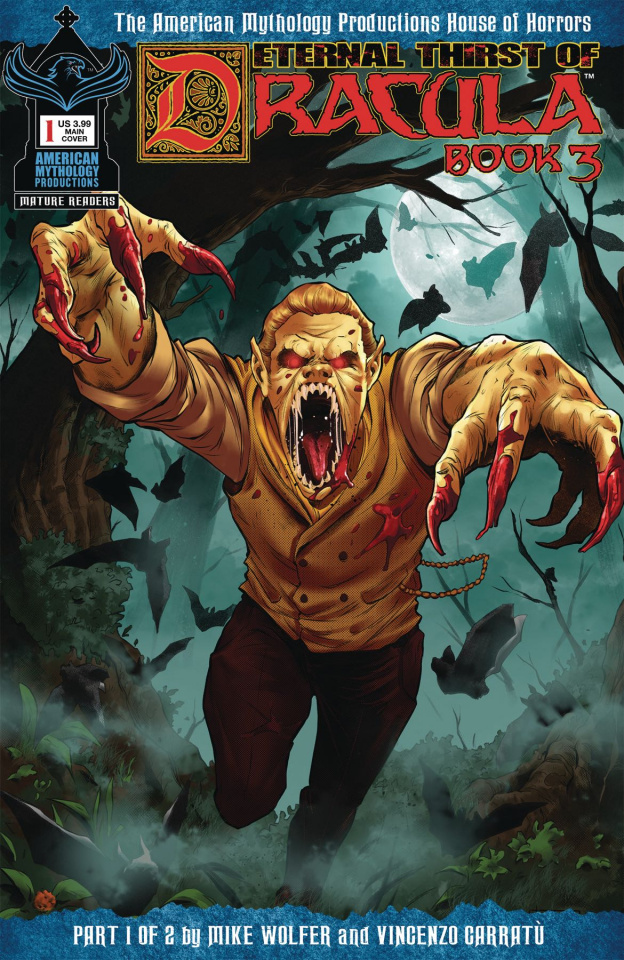