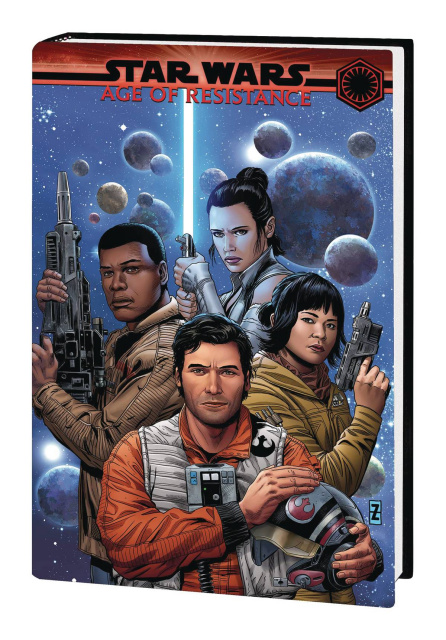 Concluding the Age of Star Wars - epic adventures featuring your favorite characters from all three film trilogies! This final volume spotlights the heroes of the Resistance and the villains of the First Order! Witness the moments that define them and the incredible battles that shaped them - and their eternal conflict between light and darkness! Solo stories shine a light on major figures from Star Wars Episodes VII-IX - including Rey, Finn, Poe Dameron, Rose Tico, Maz Kanata, Vice Admiral Holdo...and the lovable BB-8! But in the growing darkness, Kylo Ren, Supreme Leader Snoke, Captain Phasma and General Hux are waiting!