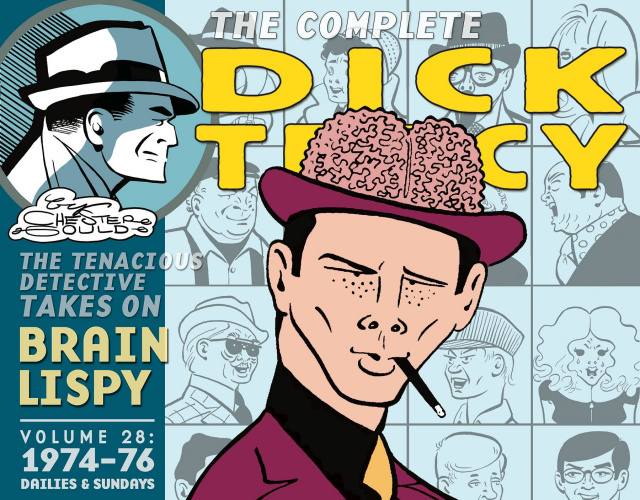 The square-jawed detective fights a menagerie of grotesque villains in this staple of comics and crime fiction! The square-jawed detective fights it out with one thug after another, including Lispy and the visually grotesque villain appropriately named The Brain. These stories are replete with murder, suicide, gangland execution, dope smuggling, a deadly natural disaster, and not one but two main characters on the verge of death.. All this and the return of retired Chief Brandon in the penultimate volume of Chester Gould's Dick Tracy, collecting strips from July 7, 1974 to March 14, 1976.