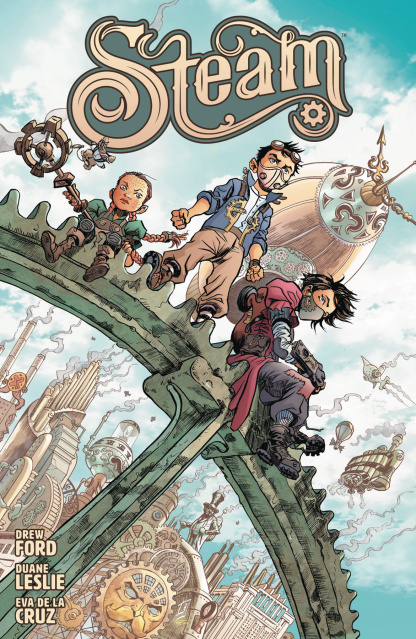 A young boy named Arlo escapes his abusive guardians on Earth, through an intergalactic portal to the steam-powered planet of Pother. While there he discovers that his long-lost father inadvertently helped a powerful corporation from Earth, in their efforts to deplete the planet's resources. In an attempt to set things right, Arlo joins a small group of resisters from Pother, as they work to both remove this dangerous organization from their world and protect the planet's indigenous beings. Through this epic adventure, Arlo discovers his own self-worth, and perhaps even his life's ultimate destiny.