"One for me... A fresh, dark twist on classic horror." Scott Snyder "...[A]nother straight-up winning choice by the increasingly impressive Vault Comics... [THESE SAVAGE SHORES] would have been right at home in mid-period Vertigo." - Warren Ellis Two centuries after the first European ship sailed to the Malabar Coast and made landfall at Calicut, the East India Company seeks to secure its future along the lucrative Silk Route, in the year 1766. An old evil now sails aboard a company ship, hoping to make a home in this new found land. But he will soon find that the ground along the Indus is an ancient one with daemons and legends far older than himself. Along These Savage Shores, where the days are scorched and the nights are full of teeth. One of the most critically-acclaimed comics of the year returns in a stunning black-and-white edition featuring the astonishing original inks from Sumit Kumar, printed on deluxe heavyweight paper. 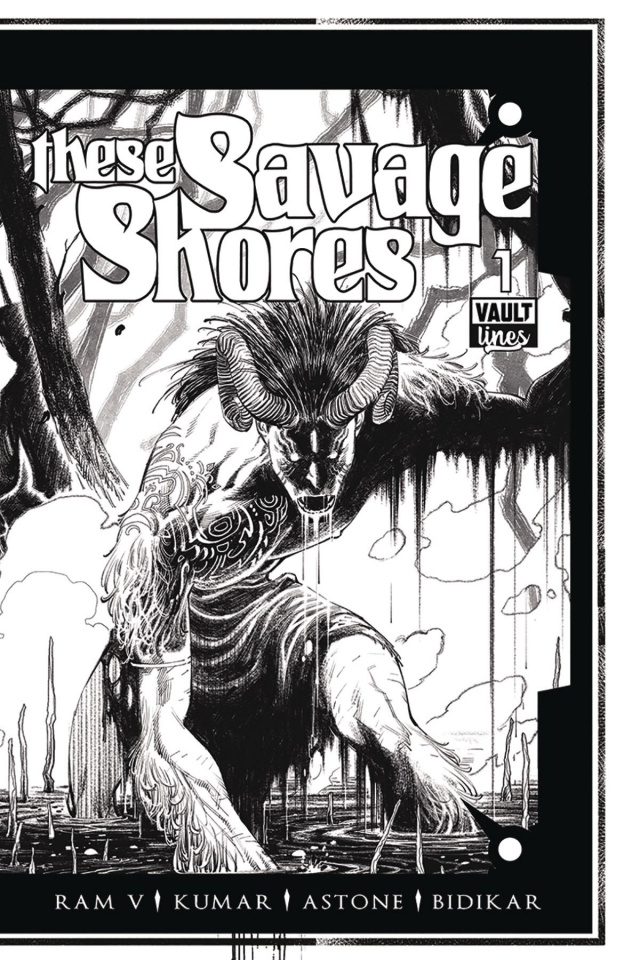