Kid Nefarious, Mummy Girl, Martian Jones, Ghost Girl, the Skull Brothers, Man-o-War, and The Speed Spectre are on a Cosmic Quest to gather the armor that will allow them to defeat Shiran, aka the "Storm of Death," who's set to devour the sun in just a few weeks. But before the "Maleficent Seven" can stride into the eye of the storm, they'll have to take on the vile Scorpio Kane and his gang of muscle-and-menace for hire, all while hoping their parents won't figure out that they're not actually on a field trip. It's their biggest battle yet. Can Kid Nefarious and company prevail, or is it lights out for them... and everyone? 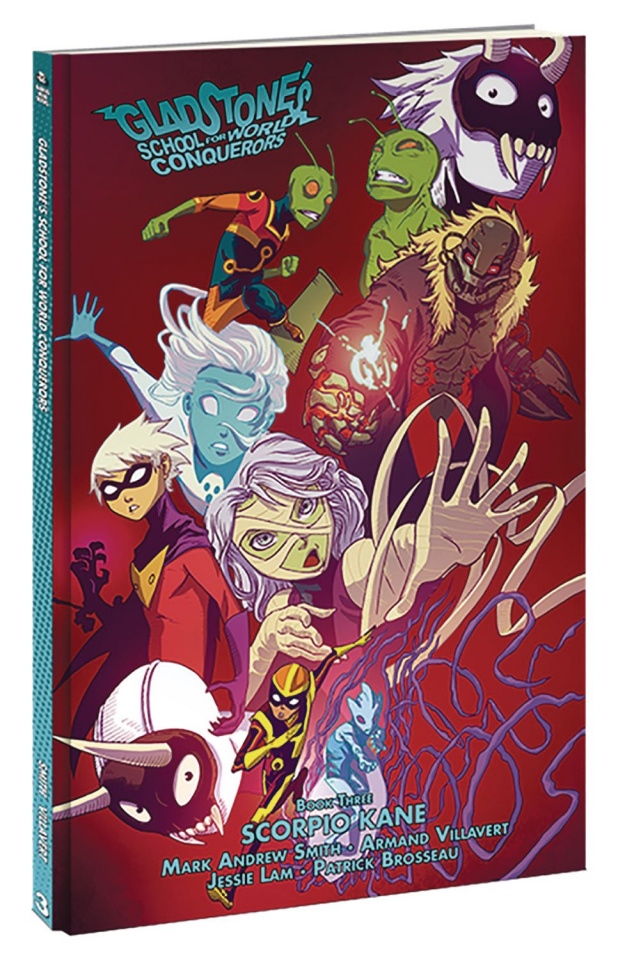