Law & Order meets Men in Black in this graphic novel adaptation of a TV pilot script by the author of A Game of Thrones. Ten years ago, representatives from an interstellar collective of 314 alien species landed on Earth, inviting us to become number 315. Now, after seemingly endless delays, the Starport in Chicago is operational, a destination for diplomats, merchants, and tourists alike. Inside, visitors are governed by intergalactic treaty. Outside, the streets belong to Chicago's finest. Based on a TV pilot script written by George R. R. Martin and adapted and illustrated in full color by Hugo Award-nominated artist Raya Golden, this bold and brilliant graphic novel adaptation brings Martin's singular vision to life. Starport launches a new chapter in the career of a sci-fi/fantasy superstar. 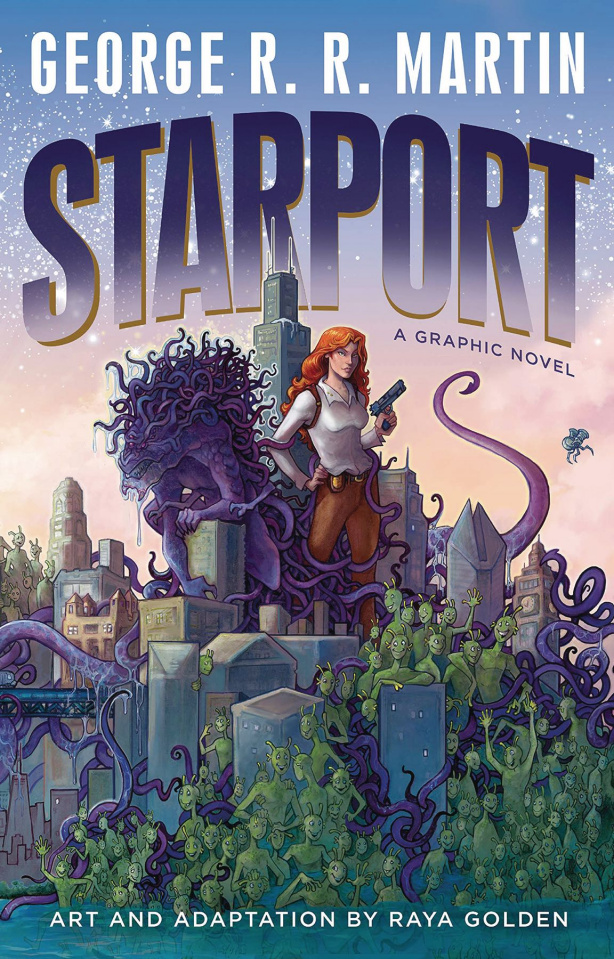