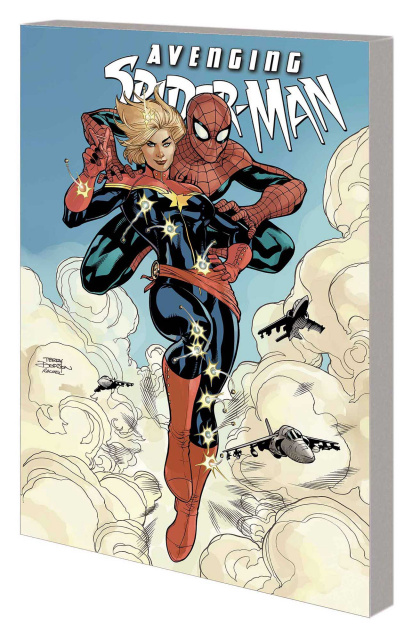 Spider-Man swings with a host of heroes as comics' biggest names deliver a Marvel Team-Up for the 21st century! Spidey and Red Hulk take on a Moloid army, and Captain America and Hawkeye drop by - but what could compare to a night out on the town with She-Hulk? Spidey swoops into action with Captain Marvel, and dodges bullets with Deadpool! Plus: A battle to keep the Omega Drive out of the wrong hands with Daredevil and the Punisher! A trip to the Savage Land with Devil Dinosaur and Moon Boy! Spider-Man and Blade vanquish vampires! Peter Parker in a world where Spider-Man never existed! And clobberin' time, courtesy of the Thing!