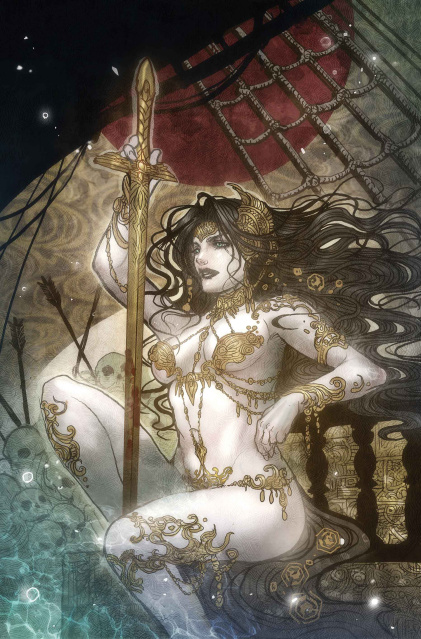 THE SHE-DEVIL OF THE SEA WHO WOULD BE QUEEN!

BÊLIT. The name alone conjures fear up and down the coasts of the Hyborian Age. And the sight of her ship, the Tigress, is an omen of despair for any town in the pirate queen's path!

The AGE OF CONAN kicks off with one of Conan's most formidable - and memorable - female compatriots, in an all-new story revealing how she became the undisputed QUEEN OF THE BLACK COAST!

The teenage Bêlit, obsessed with the sea - as well as the monsters and treasures she thinks are summoning her there - stows away on the ship of the dread Admiral ATRAHASIS into a deadly adventure even she could not predict!

PLUS: The first chapter in an all-new BÊLIT prose novella, presented here for the first time!