Starburns sure has some strangeness on the horizon! Is that a beer-swilling Sasquatch behind the wheel of a vintage Corvette, burning rubber on the dusty highway? And are those lights in the sky actually war-mongering aliens from Planet Wrestletopia itching for a grudge match against the people of Earth? No! To the left of those other lights, see? It's the Starship Gryffen, fleeing a galactic Federation promising a Utopia enforced by clandestine fascism. And that spark of fire in the distance? Don't mind that, it's just Cherry, the devil's prankster granddaughter. And because it isn't really a sneak peak of Starburns Industries Press without some quirky comedy, Josh Fadem of 30 Rock fame offers a sneak-peek of his humor tome, A Whole New Set of Problems! 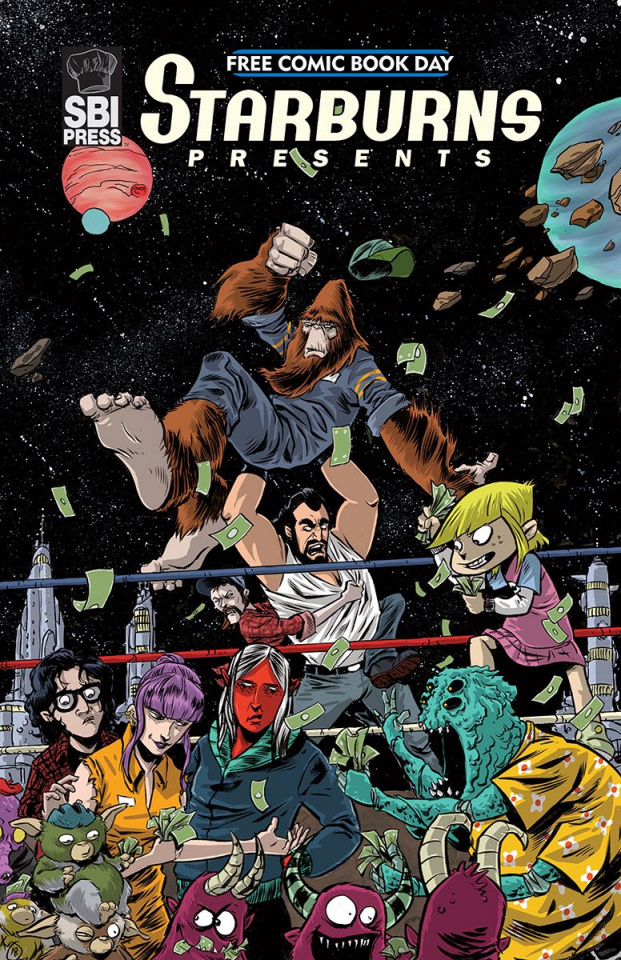