The original Battlestar Galactica returns in an all-new, star-spanning adventure, celebrating the 40th anniversary of its original sci-fi TV airing! Overwhelmed by a surprise Cylon assault, the crew of the Battlestar Galactica turns to forbidden temporal weapons as their desperate last resort. For the Battlestar Galactica and its fleet, which is the greater threat: what lies ahead, or what snaps at their heels? Driven into an uncharted storm zone by the pursuing Cylons, the last survivors of the Twelve Colonies discover a vast, mysterious artifact. At last, the most shocking event in classic Battlestar Galactica continuity can be told, revealing the fate of the series' most beloved hero! The fleet has been travelling for ten years, and at last the human survivors seem to be leaving the war and the Cylons behind them. But the threats never go away. A voice from the past and a bizarre twist of fate leads Galactica into danger once again, and events will take place that will change everything, forever. 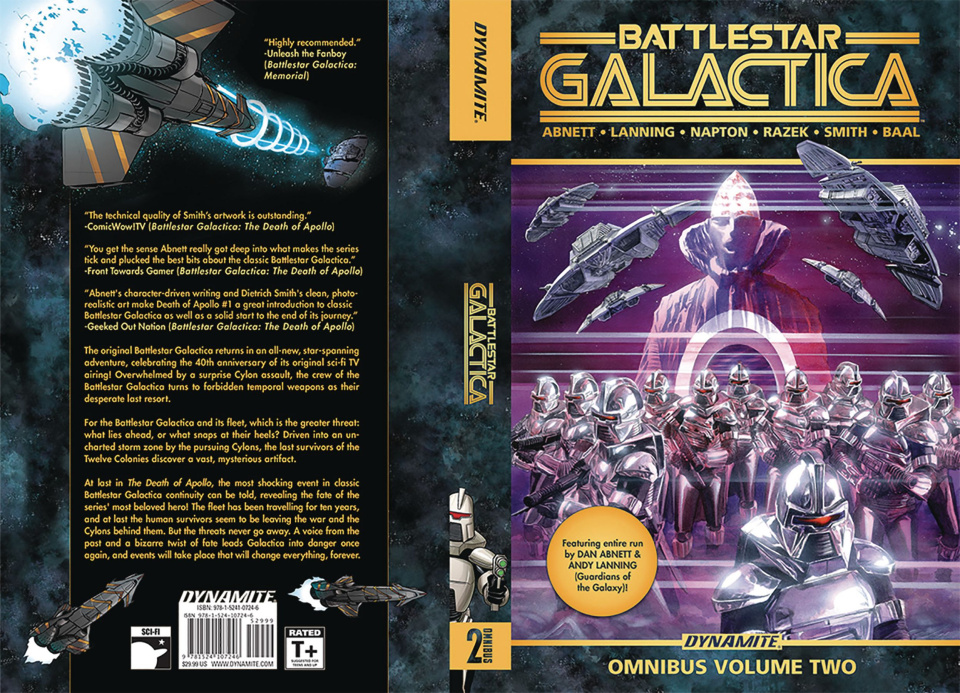