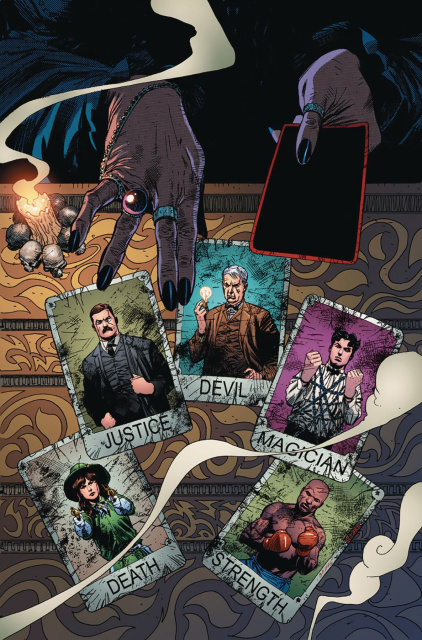 Volume Three of the hit AfterShock Series! A young and scared H.P. Lovecraft joins the Rough Riders as they ride again against an ancient evil. This threat has returned to our earthly plane from the great beyond, and is hellbent on killing anything in its path. Our heroes soon learn that these unfortunate souls are not deceased, but instead have been turned into an ARMY OF THE DEAD! And the true nature of this ancient evil will change one of our beloved members forevermore! Created and written by Adam Glass (executive producer of Supernatural and writer of Suicide Squad) with artwork by Patrick Olliffe (Untold Tales of Spider-Man).