"DAWN OF TIME" part one!

Chronos has spent his criminal career being defeated by Ray Palmer and the Justice League. But now he's discovered a way to beat them: by traveling back in time to stop the concept of super heroes from ever coming to be, because a world without the Justice League is a world he can rule! How can the team follow him through the timestream to stop his mad plan? 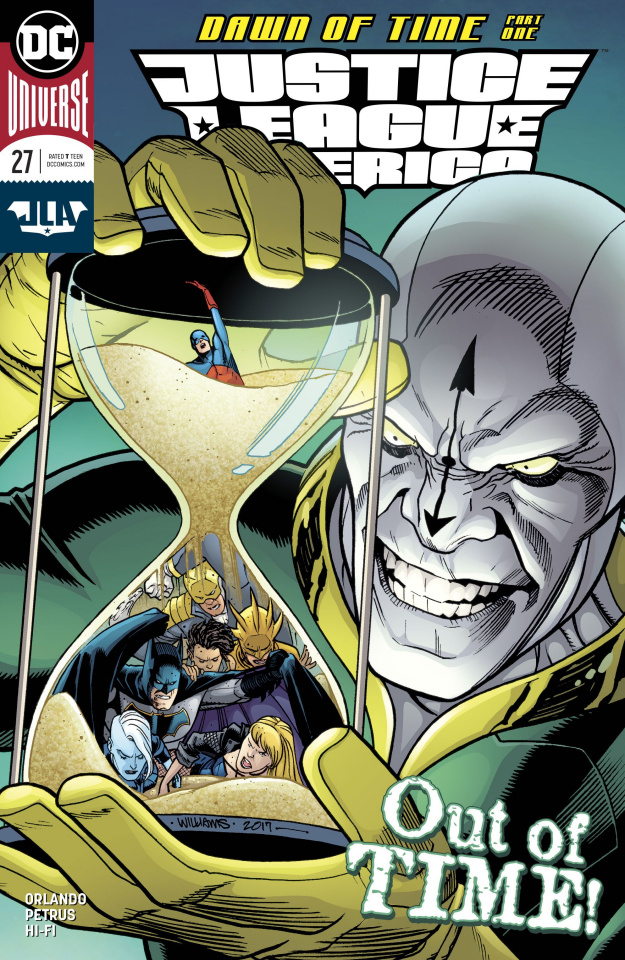