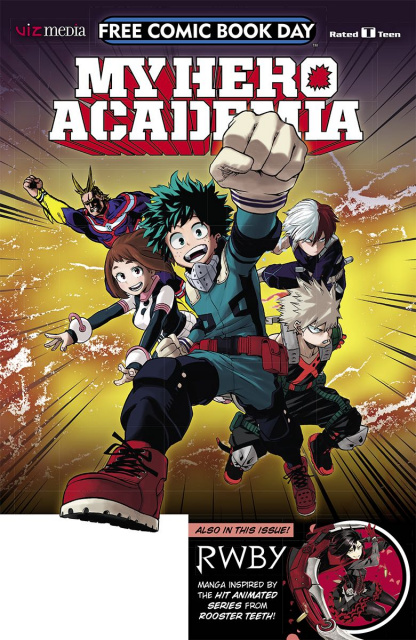 My Hero Academia: What would the world be like if 80 percent of the population manifested superpowers called "Quirks"? Heroes and villains would be battling it out everywhere! Being a hero would mean learning to use your power, but where would you go to study? The Hero Academy of course! But what would you do if you were one of the 20 percent who were born Quirkless? RWBY: When the people of Remnant aren't fighting monsters, they still find conflict among themselves. Now they are at fierce odds. Ruby Rose, Weiss Schnee, Blake Belladonna and Yang Xiao Long are Team RWBY. Together they are learning the deadly craft of hunting the monstrous species known as the Grimm.