Looking for more from the company that brought you Rick and Morty and Harmonquest? Starburns Industries is proud to announce their launch into comics as Starburns Industries Press. "Starburns Presents..." will feature Patton Oswalt's contribution to the upcoming Comic's Comics Anthology and an excerpt from Gregory Graves #1, written by Dan Harmon and Eric Esquivel. Worlds collide as comics and comedians join forces to tell epic and hilarious stories of fantasy, heroes, villains and more! 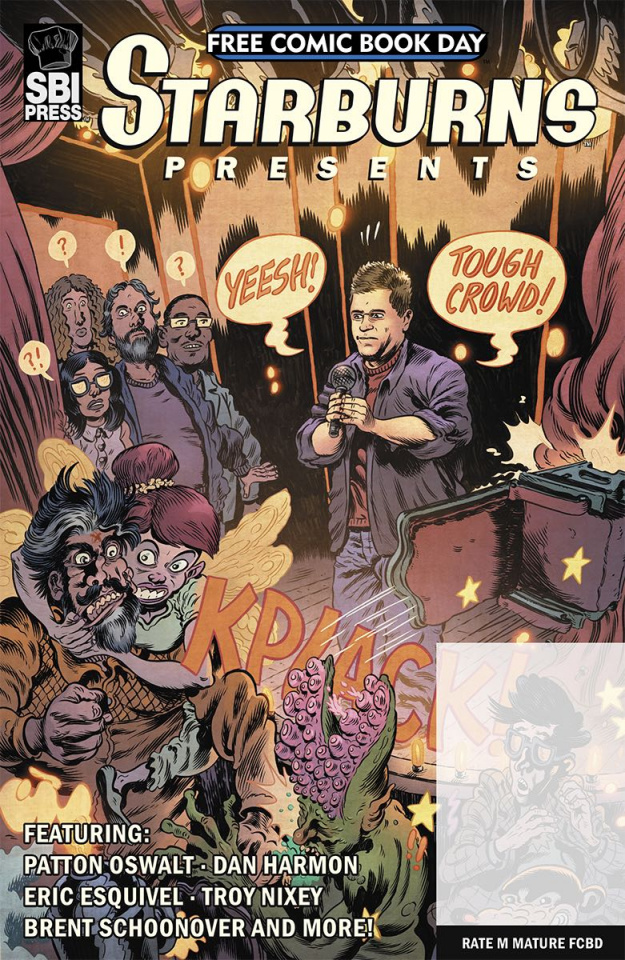