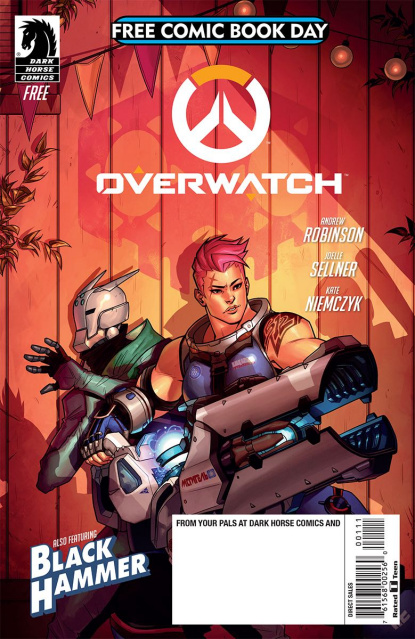 Two different worlds, two compelling tales! In Overwatch, agent Zarya is sent to eliminate an elusive hacker, and she is at her wit's end. She reluctantly teams up - and butts heads - with an omnic hacker. As they hone in on their target, Zarya realizes that she will have to reassess her worldview about omnics. Then, in the world of Black Hammer (but a thousand years in the future), a collection of teenage superheroes, inspired by the legendary heroes of Black Hammer Farm, are determined to solve the riddle of what happened to those last great heroes of the twentieth century.