The Smurfs' eternal arch foe, the evil wizard Gargamel, is the center of attention in several Smurf-stories: "Gargamel and the Crocodile," features Gargamel's attempts to raise a pet crocodile, much to Azrael's chagrin; Gourmelin, "Gargamel's Twin Brother" also stops by for a visit; a very hungry fellow returns and demands Gargamel to feed him in "The Ogre and the Smurfs;" then there's "Gargamel's Nephews" who look like three pint-size Gargamels, who stir up some trouble when they visit their uncle! And if all that wasn't enough, there are dozens of gag-filled Smurfs comic strips, another adventure of Johan, in which the gallant court page must battle "The Master of Roucybeuf," and an action-packed Benny Breakiron epic where the tiny, super-powered French boy encounters "Madame Adolphine," a seeming harmless little old lady, who apparently is behind a major criminal caper! 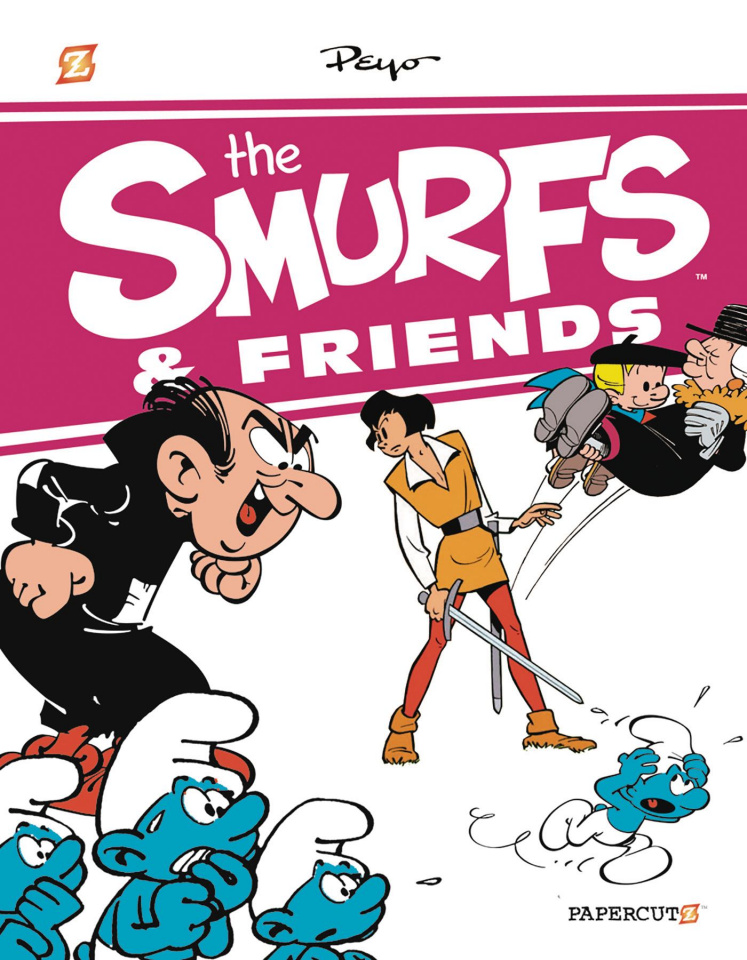