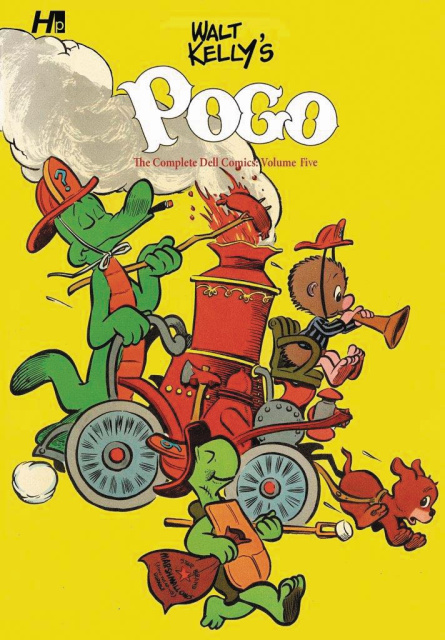 Walt Kelly's Pogo, acknowledged as one of the most important and influential comic strips of all time, first appeared not in newspapers but as a feature in the Dell comic book anthology Animal Comics, as well as in Dell's Four Color Comics before getting its own title, Pogo Possum in 1949. With Hermes Press' complete reprint of Dell Comics Pogo admirers of this groundbreaking comics feature can now witness the strip's evolution, in an archival hardcover, digitally reconstructed to perfection. This fifth volume reprints the even more issues of Pogo Possum #12-14.