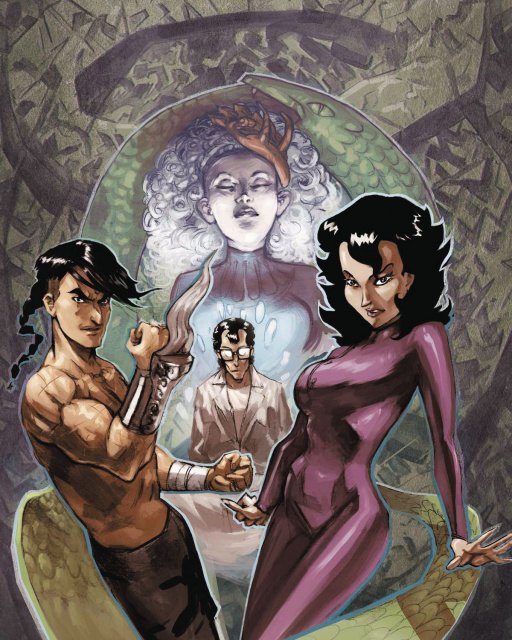 Meet the Shikari Force: Hunters. There's Nil, an assassin and demon hunter who's dating Meena, the daughter of a demon. There's Jimi, a brilliant scientist who's not sure if he's going to save the world or destroy it. And finally, there is a renegade goddess from the age of legends. This team of misfits is out to hunt and destroy the Nagas, an ancient serpent race who want to reclaim earth from humanity with a diabolical secret weapon.