The ultimate fight has just begun! Four Spirits against one! Odds are not in Nei Chang's favor... But his evil ways, unleashed upon Chinatown, can certainly allow him to win the fight.

Meanwhile, Juan Jin has to live with the fact that he killed Luca. He finally decides the path he'll choose and will fight: The new Spirit of the Earth is now ready to challenge his Metal counterpart to finally restore balance in the universe.

Don't miss the last issue of the first Intertwined story arc! Learn the fates of Long Huo, Lady Xia, Antwan and the Haïtian refugees. After this issue, Chinatown will never be the same! 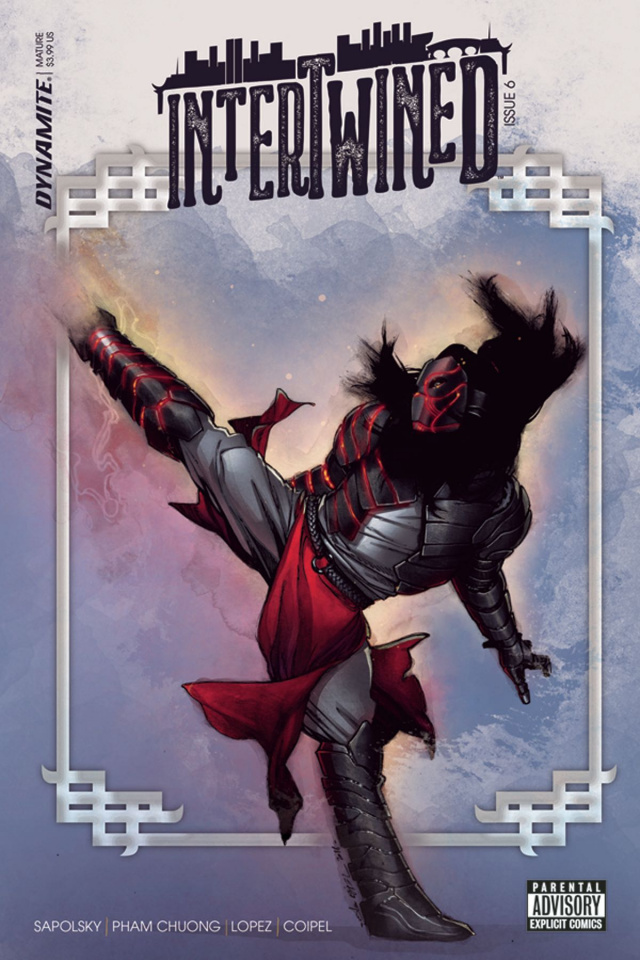