Coady and The Creepies #1

Coady, Criss, and Corey are sisters and bandmates in the band Coady and the Creepies. After a van accident leaves Corey badly scarred and Criss in a wheelchair, they're getting back into the punk scene.

But they still need to contend with the challenges of staying true to their punk ideals, while also dealing with the media attention they've attracted, as well as the tension surrounding the fact that Coady escaped the accident seemingly unscathed.

Now on tour, they're fighting their way through the (sometimes literal) battle of the bands, earning enamel pins, and heading for the gig of their lives...so long as no one realizes that Coady is actually a ghost! 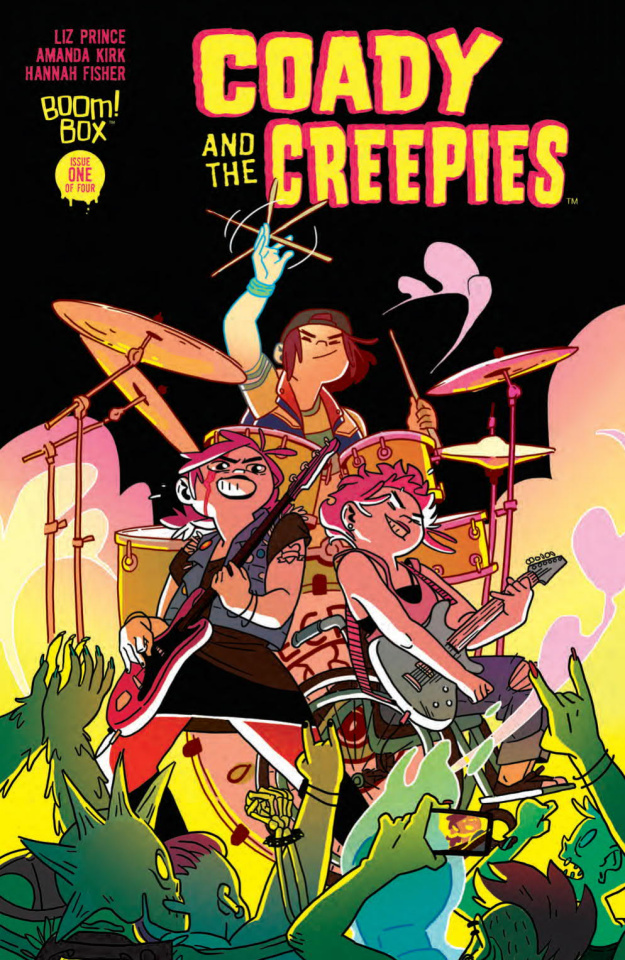 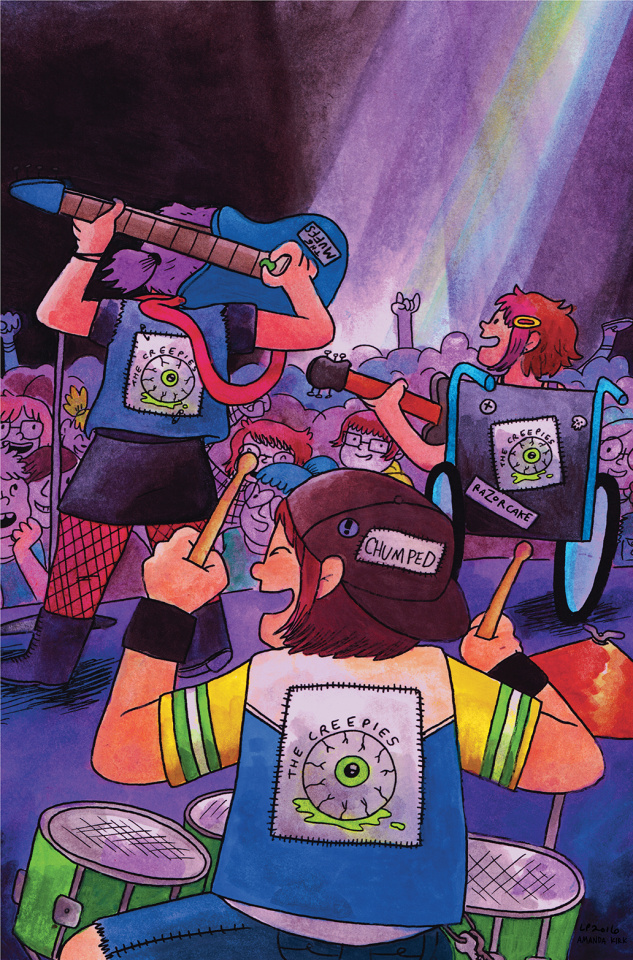 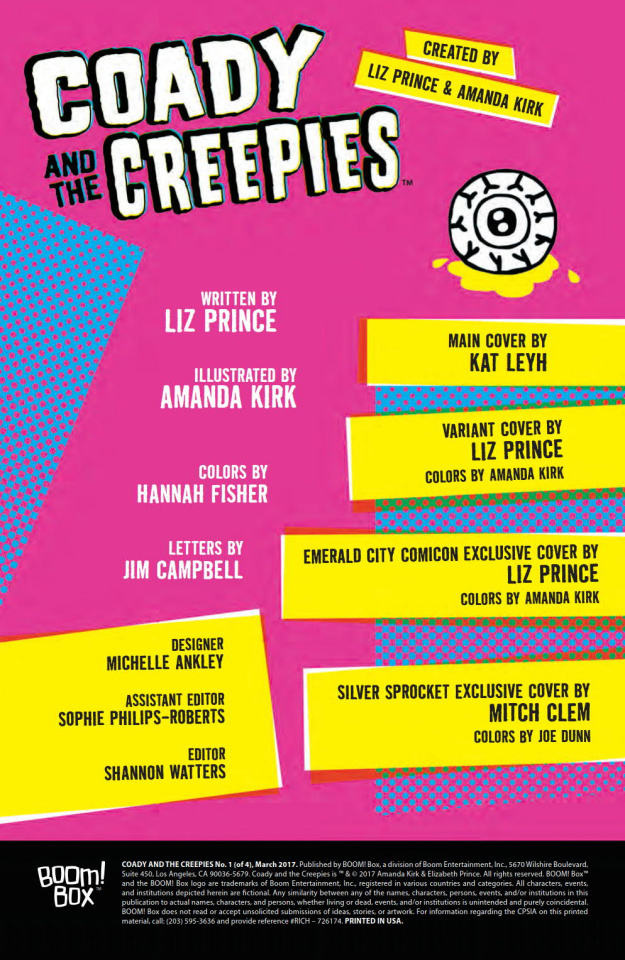 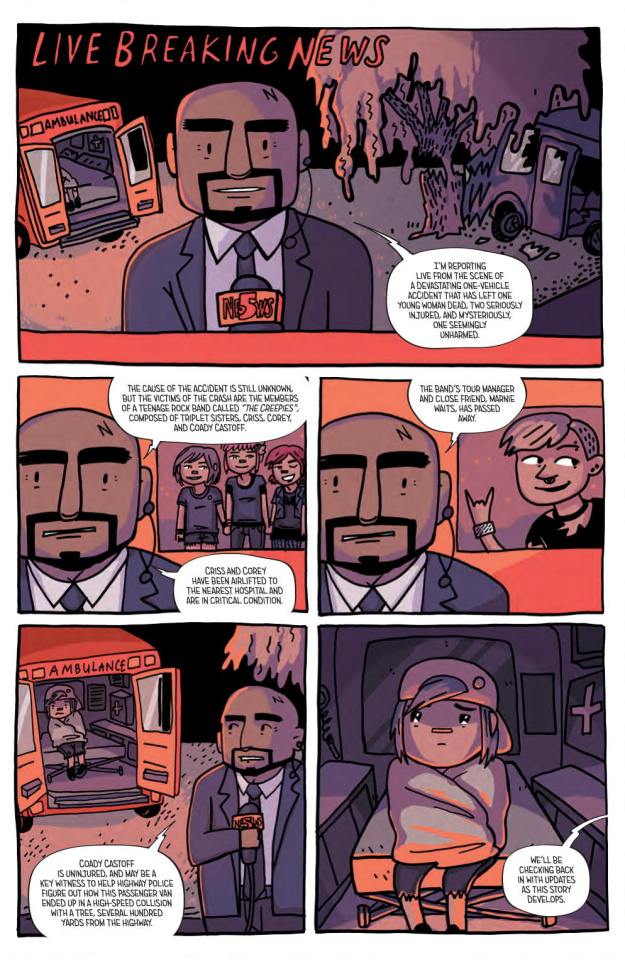 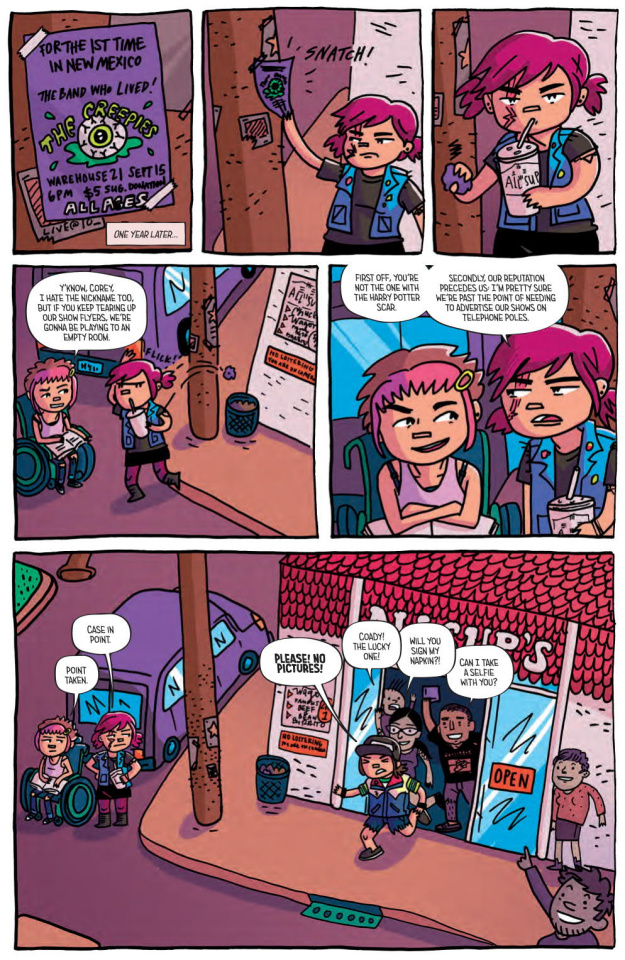 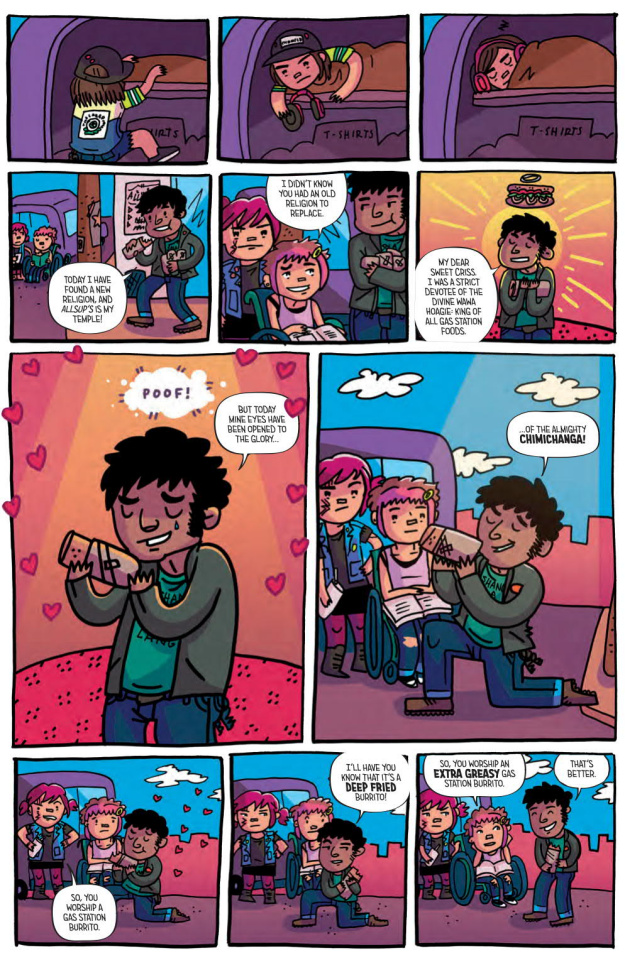 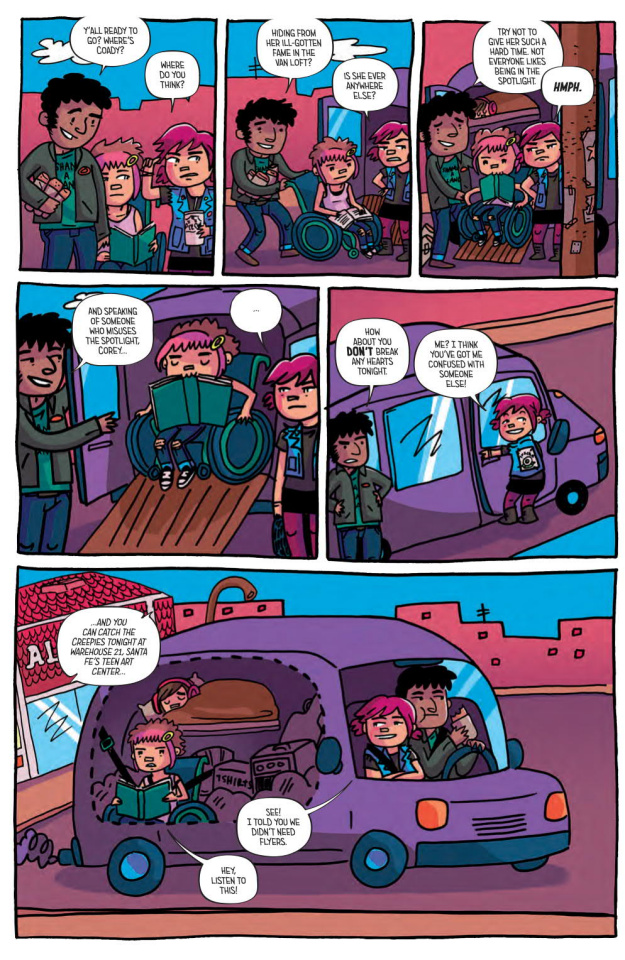 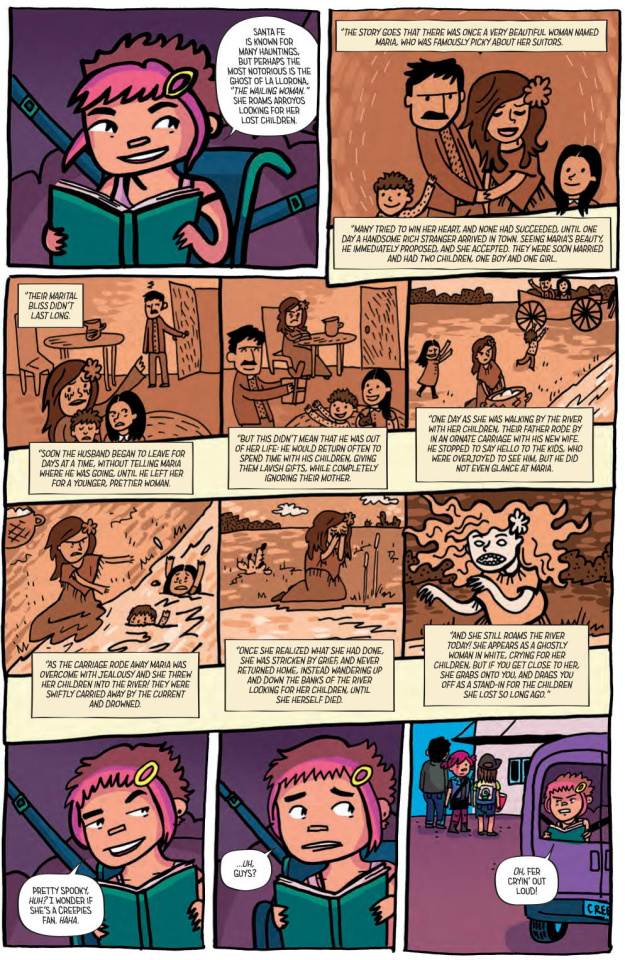 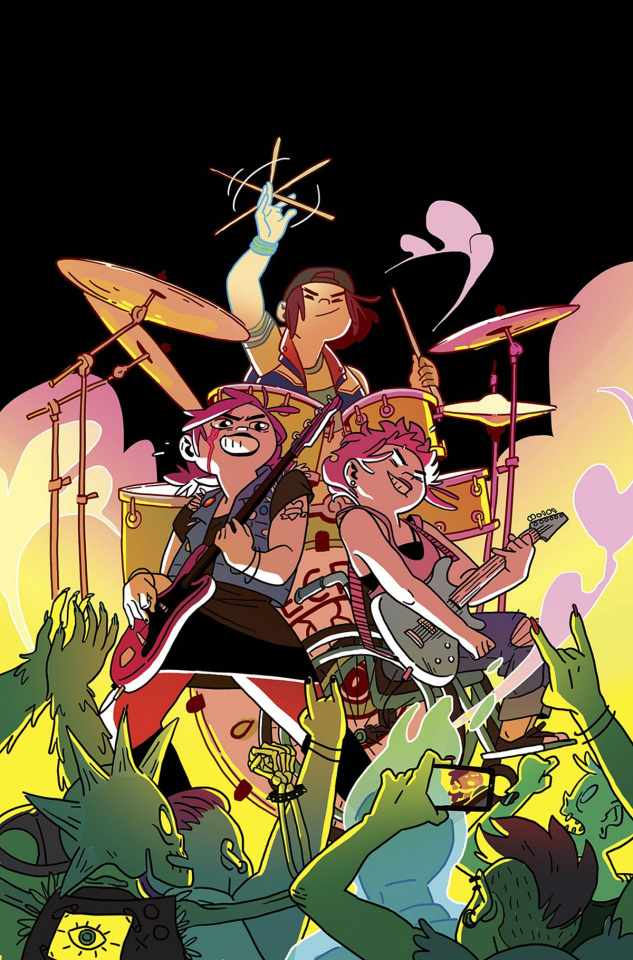