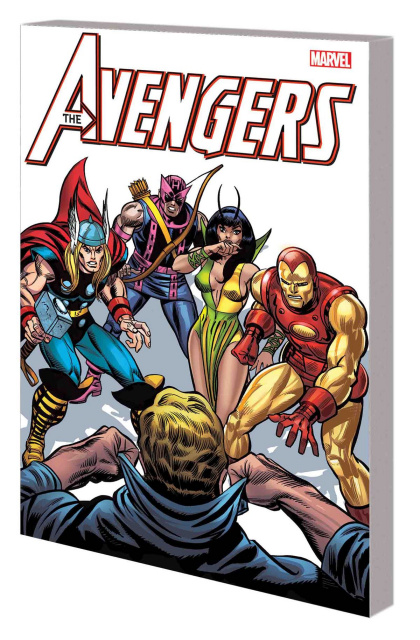 Follow the fateful saga of the Avenger named Mantis - a tale three decades in the telling! It begins with the revelations of the Star-Stalker, and soon drags Earth's Mightiest Heroes into a cosmic clash between Captain Marvel and the ever-mad Titan, Thanos! But when Kang comes to the present day in search of the Celestial Madonna, Mantis' life is forever altered! In one of the greatest Avengers epics ever told, the besotted Swordsman will go to great lengths to save the woman he loves. Wedding bells will chime, and Mantis will embrace her destiny! Then, years later, she sends a space-spanning S.O.S. to former allies Thor, Vision and Scarlet Witch for aid in a rematch with Thanos! This one is a classic! Collecting AVENGERS (1963) #124-125 and #129-135, CAPTAIN MARVEL (1968) #33, GIANT-SIZE AVENGERS #2-4 and AVENGERS: CELESTIAL QUEST #1-8.